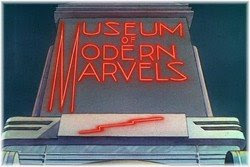 In my last post I mentioned that I'm busy redoing the site for a Web Developement class I'm currently taking. I've pretty much finished the basic templates of the way I want the site to look and uploaded them. You can see what I'm up to by checking out the 1922, 1923 and 1924 series of pages. Honestly, you're probably not going to see too much difference. I've pretty much left the general style of the site alone; most of the differences are behind the scene. But it should work better now on a wider variety of browser platforms and pretty much meets all current web standards. It also works better on Blackberries or other small, hand held devices.

If you see anything amiss, let me know. I'm curious to know how it looks on other computers, browsers,operating systems, and whatever. I've also had to re-establish some linking so if you see any broken links, let me know and I'll fix them toot sweet.

It's going to be a while before I get the entire site switched over. Between graphics and pages and whatever I have more that 9000 items that need to be moved and sorted out. I'll be doing it consistantly but slowly; it's bull work and I'm much more interested in adding content to the site rather than making cosmetic changes. I still have a ton of animator info to put up. I'm way behind in getting newer DVD releases up. There are newer shorts (like "BURN-E" and the one coming on the release of "Bolt" on DVD) that I haven't had the chance to post. And there are still a lot of the classic shorts that I need to get screen shots put up for. Plus, I've started the work of adding original title cards where I can find them. So there's still a lot of work to do.

So that's where I stand right now. The only other thing I could wish for is ... well ... it's something that I shouldn't actually ask for, but just recognition. I work on this site pretty much any free time I have and I do it as a labor of love for the classic Disney cartoons which I grew up with and rediscovered as an adult. But I can't help but wonder a lot as I'm pouring all this time into it if I'm doing it just for myself or if there's much of an audience out there who appreciates what I'm trying to do. I know not a lot of sites link back to mine; I wonder if that's a matter of my having had to move the site around quite a bit in it's early days so we were a little tough to find. And I don't get a whole heck of a lot of feedback on what I'm doing. So, sometimes I have to wonder if there's anybody out there. Or if anybody would care if the whole thing just dissappeared tomorrow. Not that it will, of course; I've put too much into it to give up now. But it does make me wonder.
Posted by Patrick Malone at 4:40 AM

^^ I read your blog and visit your site every day! If it went away, I would be very sad. Please keep up the good work! We are out there, and we do care!

Today is my initial visit. I haven't looked around much but it appears that you put yourself into this project. I am sure I will be impressed. Thank you very much.

You know for a fact that I consult your site every day and I try to link back to you as often as I can. I think it's safe to say that my site owes a great deal to yours. So my sincere thanks for your help.