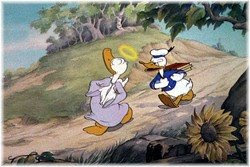 Unemployment brings some benefits, not the least of which is the ability to work on the website a bit more than I usually do. But it also gives me the ability to go ack to school. I'm a flexo printer by trade, but since printing jobs have pretty well dried up here in Rhode Island I'm taking the time to head back to college and get my ceritficate in Information Technology.

As part of my course work in Web Site Development I'm being allowed to rework this site in XTHML and bring it up to W3C standards which I've been lacking in the past. This is going to be a major project but I think in the end, a worthwhile one. Consequently, I'm not going to be able to update the site as much as I would like for the next 3 to 4 months. I will try to keep posting comments that come in but everything else will be put on the back burner for a bit.

So, wish me luck ... I think the site will benefit from the extra time I'll be putting into the architecture of it.
Posted by Patrick Malone at 8:39 AM

Looking forward for the technological upgrading of your blog!

Take your time, Patrick. Everyone enjoys the site and I think any changes you make will be well received.

The animated shorts were of special interest to our family considering my uncle (Joe D'Igalo), animator - Disney and Warner Brothers, entertained us as kids, doodling and making us laugh with his cartoon musings!